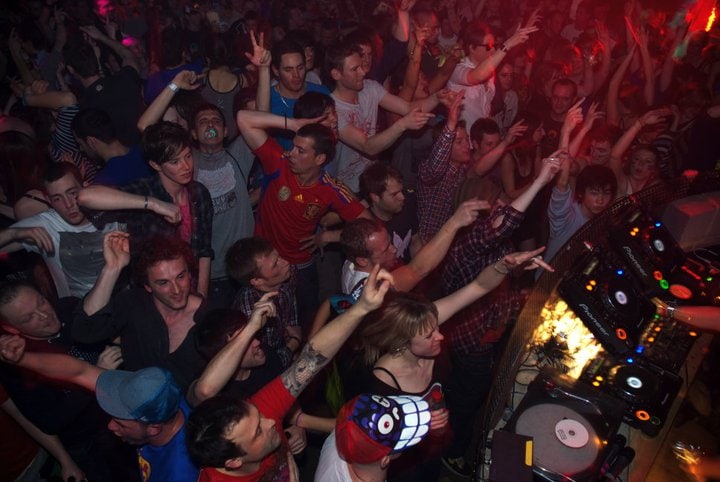 QR codes seem to be popping up more and more recently, yeah they have been around for a few years, and some could argue they have “been done” but I think they are another tool for any marketers belt. I am seeing the whole “scan and get something” thing really getting some momentum in the UK, largely bought on by Tesco, RedLaser and their ilk, and this kind of instant interaction is what users crave nowadays.

I run a big Awards event every year – it’s this big time party with over 50 artists performing over 9 hours, so we print up set times on A3 posters around the venue. But 5 minutes after the doors have opened, they have all been ripped down and are in the back pocket of uncaring punters.

When we did the event in 2009, we custom printed up 2500 A7 flyers with the set times on, but this is the 21st Century, print is dead yeah? And whats with spending money! S’all about digital apparently…

So this is where QR codes came in. For the event this year, I developed a mobile-friendly webpage with all the artist set times on, ran the page through bit.ly so I could track it, generated a QR code, then promoted the QR code hard around the venue.

Of the 1,200 punters in the venue that night, we had just over 40 users of the code on the night – so not an instant success, about a 4% take-up. Unfortunately the club had pretty bad mobile phone reception in places, but it’s a start.

Other clubs could easily have codes properly printed and stuck around the venue, and using a link redirection tool could update the information for every event, so they would never have to print another set times poster again. Combine this with some social sharing, customer info sourcing, maybe photos too, and you have a pretty cool way to interact with todays clubber generation.

If any clubs out there feel like road testing this, get in touch with me and I will be happy to implement it for you as a beta test.